Free European shipping on orders over £150*

The Cave Diving Group of Great Britain’s previous manual was published in 1990, so it was definitely due for an update. In Britain, cave diving means solo side-mount sump diving, and that is the main subject of the manual. In the US, sump diving is considered a specialty to be tackled only after one has received full cave-diving training and certification, although, inevitably, some cavers far from Florida will undertake sump diving without having gone through all that expense. For them, this book will be especially important, although of course the ritual caution that one shouldn’t try it based only on book-learning is rightly made. In Britain, cave-diving is a specialized form of caving, not diving, and a potential cave-diver must have dry-caving experience to even be accepted as a CDG trainee. In noteworthy contrast to US practice, CDG members never charge for training.

The various (unidentified) authors vary conspicuously in literacy, but everything is clear enough. The sump-diving stuff will be helpful to a US cave-diver wanting to “advance” to sump diving. But there are also chapters on advanced topics more useful in places with longer or deeper sumps or underwater caves, including mixed-gas diving, scooters, and rebreathers. These sections focus mainly on hazards peculiar to using those in caves, rather than basic training, which you are assumed to have gotten elsewhere. One covered British specialty has, so far as I know, not been done over here because we are not yet that desperate: underwater digging. Some British divers pursue underwater digs in a way that can only be called fanatical. I read in the Cave Diving Group Newsletter of one caver who has made 180 dives to the same dig so far. 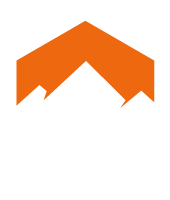 Free International shipping on orders over £150*